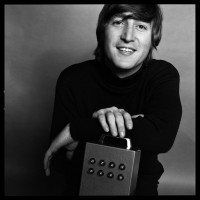 John Lennon should have been celebrating his 75th birthday this year. On 8 December 1980, the legendary musician was shot four times in the back outside of his apartment building in New York City. He was only 40 years old. 7 days after his death, millions of people paused their daily routines to honour Yoko Ono’s request for ten minutes of silence in commemoration of his contributions. 30,000 gathered in Liverpool, 225,000 in New York City’s Central Park. The radios went silent, too.

That strength of love for this man, this musician in a band, has quelled little over the years. His outspoken political activism has made him a herald for those who have so longed for global peace and “Imagine” has become their perennial anthem; it re-entered the UK charts at number 18 in 2012 after Emeli Sandé recorded a cover for the 2012 Summer Olympics in London. His legacy is eternal, though his presence is so greatly missed.

And though he would have wished it weren’t so, Lennon’s words still ring just a true today as they did in his own lifetime. Here are a select few:

“If everyone demanded peace instead of another television set, then there’d be peace.”

“You either get tired fighting for peace, or you die.”

“We all have Hitler in us, but we also have love and peace. So why not give peace a chance for once?”

“We’ve got this gift of love, but love is like a precious plant…. You’ve got to keep watering it. You’ve got to really look after it and nurture it.”

“What we’ve got to do is keep hope alive. Because without it we’ll sink.”

“If someone thinks that love and peace is a cliche that must have been left behind in the Sixties, that’s his problem. Love and peace are eternal.”

“Our society is run by insane people for insane objectives. I think we’re being run by maniacs for maniacal ends and I think I’m liable to be put away as insane for expressing that. That’s what’s insane about it.”

“Produce your own dream. If you want to save Peru, go save Peru. It’s quite possible to do anything, but not if you put it on the leaders and the parking meters. Don’t expect Carter or Reagan or John Lennon or Yoko Ono or Bob Dylan or Jesus Christ to come and do it for you. You have to do it yourself.”