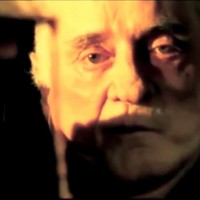 Ask someone to name a song that always has the power to reduce them to tears, and the chances are they’ll swiftly reply “Johnny Cash. Hurt.” Most people know that it was originally a Nine Inch Nails song, but exactly how the cover and its iconic music video were put together only adds to its resonance.

When asked if Cash could take on the song, NIN’s Trent Reznor at first said he was “flattered” but worried that “the idea sounded a bit gimmicky” (his opinion would massively change, but we’ll get to that).

The recording went ahead, produced by super producer Rick Rubin, and was released as a single in 2003, catching the ear of respected One Hour Photo director Mark Romanek.

“I begged Rick Rubin to let me shoot something to that track,” Romanek told Dave Urbanski in ‘The Man Comes Around: The Spiritual Journey of Johnny Cash’, who was instantly enamoured of the rendition and even offered to shoot the video for free.

Universal eventually agreed to the music video, but Romanek now faced a race against time, with Cash’s health declining and the 71-year-old being unwilling to stick around in the cold Tennessee weather. He had only days to turn something around.

Original conception for the video thrown out the window, Romanek jumped on a red-eye flight to Nashville and began scouting potential filming locations, leading him to Cash’s home and museum, The House of Cash.

“It had been closed for a long time,” the director recalled. “The place was in such a state of dereliction. That’s when I got the idea that maybe we could be extremely candid about the state of Johnny’s health – as candid as Johnny has always been in his songs.”

That idea would blossom into a heart-wrenching music video, that spoke about the transience of life, the gracelessness of death, the Ozymandian crumbling of an oeuvre and the decline of a genre, an era and an attitude.

The ‘closed to public’ sign on the museum. The cracked platinum records. The caviar and lobster banquet with no diners. The clips from earlier in Johnny’s career. His wife June looking on. The closed piano lid.

The tears well at different times for different viewers – for me it’s always the pouring of the wine from Cash’s frail hand.

June would die three months after filming, her husband, seven. 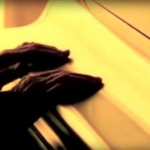 Rick Rubin views the video has a historical document.

“I cried the first time I saw it,” he said. “If you were move to that kind of emotion in the course of a two-hour movie, it would be a great accomplishment. To do it in a four-mnute music video is shocking.”

Reznor was sent the video while in the studio with Rage Against the Machine’s Zach De La Rocha, and when the pair sat down to watch it, any doubts he had about the cover were long gone.

“We were in the studio, getting ready to work and I popped it in,” he recalled. “By the end I was really on the verge of tears…At the end of it, there was just dead silence. There was, like, this moist clearing of our throats and then, ‘Uh, okay, let’s get some coffee.’”

A sad footnote to a sad story, Cash’s home of nearly 30 years in which the video was shot, burned down in 2007.