These are some really scary mugshots, stay away from the crystal meth folks, its fucking awful.

Most of these dudes were ugly to start with, but fuck me that meth has a real bad impact on your features, flesh eating you might say, no sleep for days at a time, and an ugly fucking kipper to go with the insomnia. 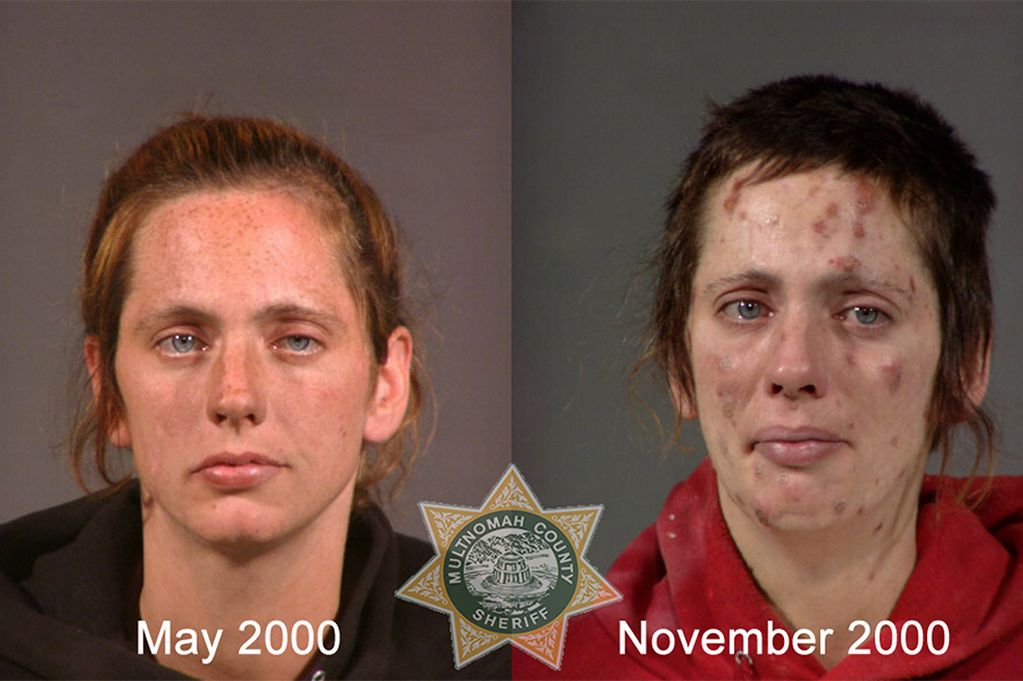 The mugshots, released by police in Portland, Oregon, show the same suspects in pairs of photographs taken months or years apart.

And the terrible toll the suspects’ addictions to alcohol or drugs has taken is clear to see in the later pictures on to the right hand side.

While the left-hand pictures were not taken before the person started using drink and drugs, they aim to show the terrible slide into addiction and its effect on the body over months or years.

All the photos were released by Multnomah Sheriff’s Office in Oregon state as part of anti drink and drugs initiative.

They are now being used as part of education programme ‘From Drugs To Mugs’, designed to be used in classrooms to warn youngsters of substance abuse.

Containing 20 sets of mugshots in total it also includes interviews with special agent from the US Drugs Enforcement Agency and an addiction recovery specialist.

View the rest of the mug shots here courtesy of www.mirror.uk