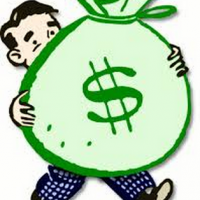 Its been in the news quite a bit lately regarding how viable a channel Spotify is for making money for musicians.

I don’t think there has ever been more access to music in all forms, and in all genres. If  its the multitude of video channels available via satellite and cable,  or the easy access to free digital downloads, I know they’re illegal, but they’re very much part of the modern day digital music landscape.

From the onset of Napster, the music industry was never to be the same again, oh fuck.

But is it such a bad thing, the big argument is, if people steal music, the record companies cannot re-invest into up and coming artists, and I’m sure there’s more than a grain of truth in that.

Just like I’m sure there’s more than a grain of truth in the fact the big cigar chompers at the top of the major labels were thinking, there’s our big fat fucking cash cow getting milked by the thieving bastard downloaders. But I’ve got to be honest, who would want to go back and be paying top dollar for CD’s. We were getting rinsed for years. They were notoriously overpriced in comparison to production cost.

And we bought them because we had no other option.

In the digital age the playing field was leveled. And it will be a lot lot harder for musicians to make money from downloads, but here’s the other thing, how many bands on major labels actually made any money.

The old style music model was, sign to a label, they fund the album, they pay for the video, you make the sales, the label then takes the money for the video and the album from your profit, the label keeps large majority of the royalty dough, the artist gets paid a pittance in comparison.

There have been plenty of cases through the years where major artists tried to break contracts over money. Prince and George Michael are two that spring immediately to mind.

So it wasn’t all rosy, The Beatles got ripped off for years, the list goes on and on and on.

So if you’re ok with the fact that you may never sell zillions of records, or be flying round the world in fat Lear jets with two groupies sucking on a bollock each. Then all is not lost.

Because if you are serious about making music, and serious about the craft of making music, then there has never been a better time to to put your music out there. Those same digital channels that have brought on the major label apocalypse, are now giving a voice to many thousands if not millions of people with access to some recording equipment and digital access.

The standard of home recording equipment on hand for musicians now is fantastic, if you think some of the greatest music of all time was made in the 60’s on basic 4 track recording equipment, surely there is no excuse for not being able to create a masterpiece at home in the digital age.

And so what is the missing link between all this access to the digital phenomena, and the secret to making money as a musician.

Talent I reckon, if you are good at what you do in any walk of life you will get noticed, simple as that.

Be So Good They Can’t Ignore You.

Look at Adele, she shuns fame, doesn’t give hardly any interviews, sells millions of records. Why.

Because her voice is amazing. Her songs are great.

Why should a mediocre musician think they have a right to make loads of dough, enough to make a living, then you better get gigging five nights a week I reckon.

In the new age you have to be a label, create your own soundtrack if you may, you have to be more than just a musician, you have to be able to market as well, traditionally and digitally, the true artists from here on in will not pop out the end of the Starmaker machine, they will  be hard nosed musician business mavericks, like Jay Z.

But who the fuck am I to say.