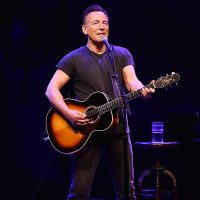 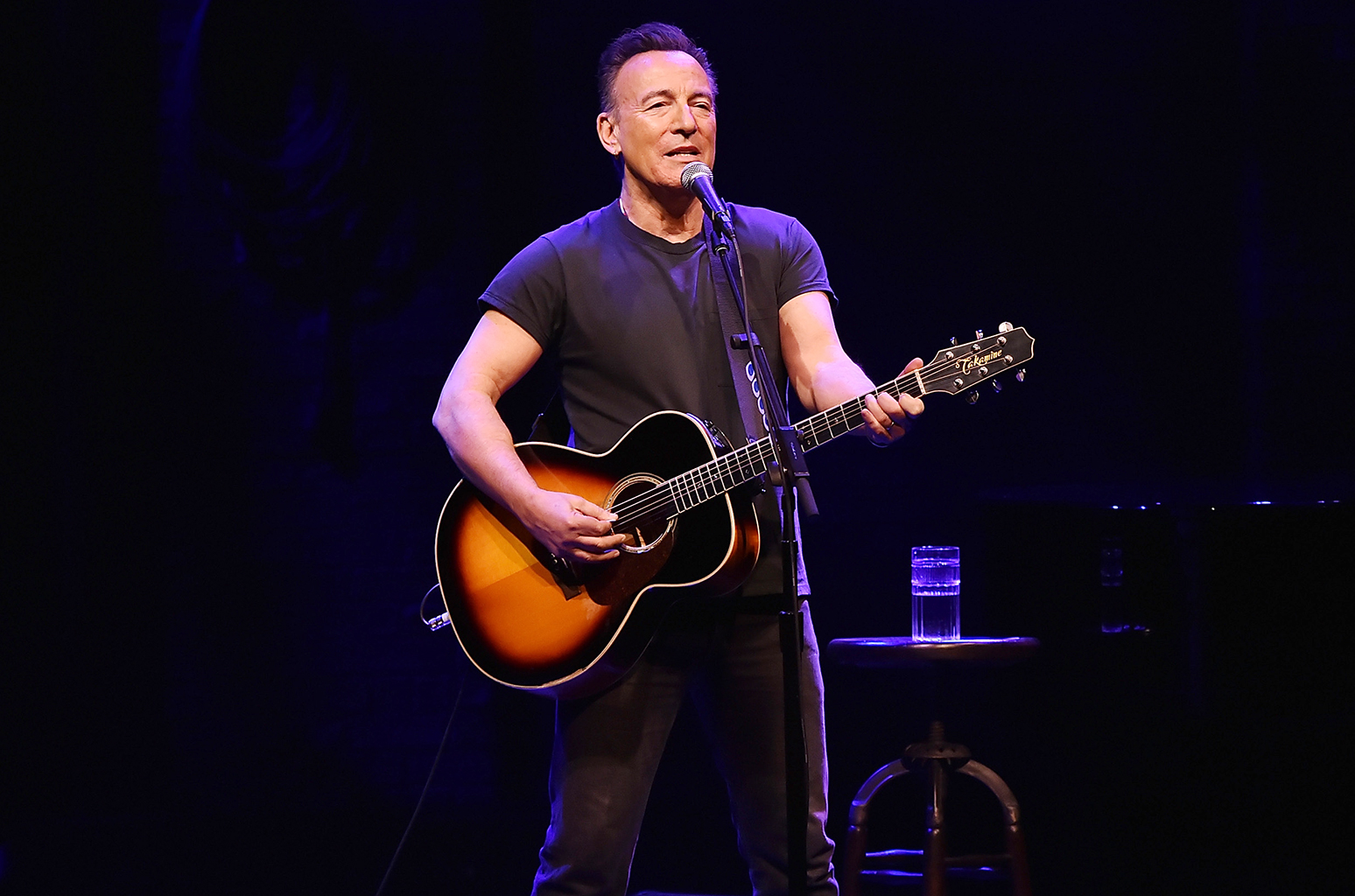 I bet it was an amazing show to see live, but if you didn’t get the chance to see Springsteen on Broadway, then the next best option is to watch the show on Netflix.

Beautifully shot and poignant to watch it captures Springsteen in a close up setting talking about his life in song, the following review is from Billboard Magazine.

The magic in the night of Bruce Springsteen’s performances before 900-plus fans in a Broadway theater has been magnificently captured in Springsteen On Broadway, the Netflix film which debuts worldwide on Dec. 16.

The Netflix release comes the day after Springsteen closes the show, following a 14-month run. A soundtrack album of the complete performance arrives Dec. 14.

From first line to last bow, the film includes the full length of Springsteen’s theatrical creation, an intensely personal reflection on his life, work and times—”I wanted to know the whole American story, my story, your story. I wanted to tell that story well to you”— interspersed with his songs played on piano and acoustic guitar.

The Broadway show has been like no other in Springsteen’s six-decade career—reflective, elegiac, humorous, angry and always deeply emotional. Those lucky enough to witness one of Springsteen’s 236 performances at the 939-capacity Walter Kerr Theatre might well ask if a film could do justice to that experience. Press previews of Springsteen On Broadway confirm the answer is unequivocally yes.

As directed by Thom Zimny, Springsteen’s longtime collaborator on multiple videos and documentaries, Springsteen On Broadway conveys an aural and visual intimacy that rivals the live Broadway experience. The camera work is unobtrusive throughout. Yet the composition of individual shots is often breathtakingly beautiful.

The intensity of a desert sunset (via lighting design by Natasha Katz) glows on Springsteen’s face during “Promised Land.” White spotlights shoot across the darkened stage during “The Rising” like the Tribute In Light that slashes the night sky in New York every Sept. 11. Yet nothing more than close-ups are needed to capture the musical, enduring love of Springsteen and Patti Scialfa —”The queen of my heart! My Jersey Girl!” —as the two duet on “Tougher Than The Rest” and “Brilliant Disguise.”

The film follows the structure and song sequence of the Broadway show. But that sequence shifted slightly, late in the Broadway run, as Springsteen added “Long Time Comin’” to his performance. In the Netflix film, Springsteen’s rendition of the song follows a description of a late-life reconciliation with his beloved but troubled father, on the eve of the birth of his own first child—a story which has the singer wiping away tears.

If “Born To Run” is the inevitable closer for Springsteen On Broadway, that song also contains a lyric that truly sums up the quest of Springsteen and his fans most fundamentally: “I want to know if love is real.” As the song concludes, the singer slowly, rhythmically taps the body of his black acoustic guitar, creating a heartbeat, as the stage fades to black.

What’s remarkable is that, in the age of streaming, this keenly personal document will be instantly available to a potential audience of 130 million in 190 countries, according to Netflix. When you consider that Springsteen’s 14-month tour of arenas and stadiums between January 2016 and February 2017 reached some 2.5 million fans, the promise of the Netflix platform is clear.

After all these years, Springsteen’s powerful place in the culture may still be a mystery to some. Springsteen On Broadway can enlighten legions who take the time to view it. Not since the release of his five-album set Live/1975-85 has Springsteen created as compelling a summation and affirmation of his life’s work.

The only challenge is to experience this film as attentively and as communally as fans experienced the Broadway performance. So Netflix viewers would be well advised to invite friends over, turn down the living room lights and, please, turn off all cell phones and electronic devices.

Springsteen On Broadway is an enduring record of what the singer calls “my long and noisy prayer.” On this journey, he adds, “I hope I’ve been a good traveling companion.”