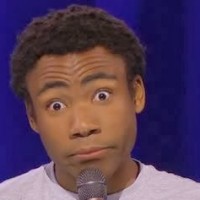 With the onset of digital production now in unstoppable momentum, and the avenues for musicians to publish and own their own music is everywhere.

Why bother signing to a major label?

On April 14, Childish Gambino was pissed off. His label Glass Note – part of Universal Music Group and home to a bunch of MOR indie bands like Mumford and Sons and Two Door Cinema Club – had messed with the release of his latest video. It was the latest in a string of skirmishes between Gambino and the label and he took to Twitter with a simple complaint: he understood the internet, releasing music, and what his fans wanted better than his label. He wanted to be bought out of his contract.

Gambino is not the only one to air his dirty recording contracts in public. MIA threatened to leak Matangi andhave a whole new record to release by the time Interscope pulled their finger out. Angel Haze went one step further – in December she tweeted “fuck you” to Island/Republic records and leaked her debut album Dirty Gold. Azealia Banks has “literally begged” to be dropped from Universal because they “don’t even know what they’re listening to or for”, and Sky Ferreira recently revealed that her time at EMI – where she recorded three albums, none of which were released – was characterised by “55-year-old guys telling me what people my age wanted to hear.” It’s easy to negate one artist as a drama queen but when this kind of complaint is so prevalent, it’s clear there’s a problem– all of the artists are signed to majors and they’re unhappy with the lack of artistic control.