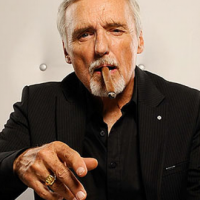 He made Easy Rider, he went bonkers on booze and coke and married and divorced in the same week. To top it off he was also mates with some seriously cool people…

He made Easy Rider, he went bonkers on booze and coke and married and divorced in the same week. To top it off he was also mates with some seriously cool people… 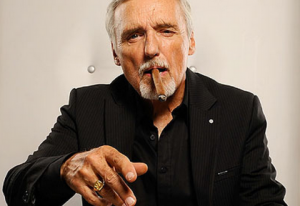 Jack and I have been through a lot together. He’s a real friend and a great actor. His drug intake used to be extraordinary. I could handle the drinking – I felt that I could control that – but he could happily smoke joint after joint, and did as much while we were making Easy Rider. The other thing that happened during Easy Rider was that we visited DH Lawrence’s tomb, which was near my place in Taos, New Mexico, and dropped acid. The next morning, when we woke up, we found ourselves halfway up a tree. When you go through something like that together, it can’t help but bring you closer.

The original idea was for Crosby, Stills  & Nash to score Easy Rider, but I had a falling out with Stephen Stills. We were driving back to my office in his limo and I said, “Stephen, this simply isn’t going to work.” He asked why and I shouted, “Because I’ve never been in a limo before and anyone who drives around town in a limo can’t understand my movie! Fuck off! If I see you around here again, I’ll fucking kill you!” That was how I made my movie.

I met Newman making Cool Hand Luke. I had a small part in the picture playing a guy called Babalugats – I don’t think I have a line in the whole picture. It was a great experience. We all stayed in our chains and our prison fatigues throughout shooting. We smelled terrible but we went out on the town dressed like that. I was there when Newman ate all the eggs. Of course, he was in agony once he was done, but we were all in awe of him. Like the guys in the film, we all took bets on whether he’d be able to do it. Paul Newman ate 50 boiled eggs in an afternoon. Fucking amazing what some guys will do for a buck.

In the end, I decided to pack the Easy Rider soundtrack with all the hits songs of the day. It was a pretty far out idea – no one had done it before. I thought it would be so cool if the movie ended with Dylan’s “It’s Alright Ma (I’m Only Bleeding)”. The problem was Dylan didn’t like Easy Rider or the song so much. He thought the track was pretentious and he had a real problem with the end of my movie – “You can’t end it like that! Peter should go back and blow those guys away.” Eventually, he said I could use it as long as I didn’t play it over the end credits – “Man, it’s depressing enough as it is.” Then he did something amazing. He got out a pen and paper and started to write – “The river flows, it flows to the sea, wherever that river flows, that’s where I want to be. Flow river, flow.” He then handed it over to me and said, “Give this to McGuinn, he’ll know what to do with it.” So Roger McGuinn from The Byrds added his magic to it and there it was: “The Ballad Of Easy Rider”. I think Dylan could do anything he put his mind to. He’s a really good actor – I think he’s very good in Sam Peckinpah’s Pat Garrett And Billy The Kid. Genius is such an overused work but he’s the real deal.