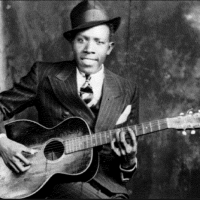 So the story goes Robert Johnson made a deal with the devil, he went to the crossroads at midnight and sold his soul for the ability to play the blues. I don’t know if its true, but his music has certainly resonated down through the years, long after he became known as the King of the Delta Blues.

There are only two confirmed photo’s of Johnson, and in his lifetime he recorded only 29 songs, as the folk tales go he recorded facing the wall in the corner of the room, so as not to see the devil coming from behind, more than likely though it was to better capture the acoustics while recording. 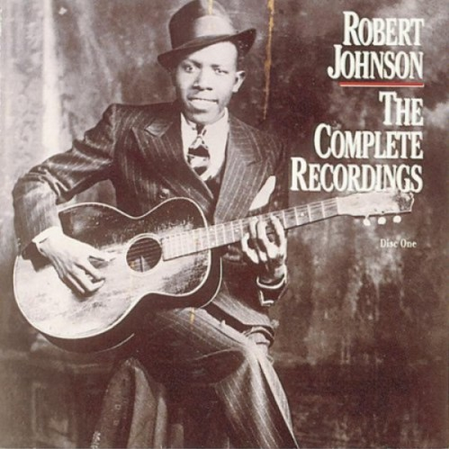 Many different artists have recorded Johnson’s songs down the years, probably the most famous version being “Crossroads Blues” performed by cream.

The fact that there is so little information available about Robert Johnson only adds to the mystique, the tale goes he was in awe of the street corner blues players who used to play for dimes by day, and then play the Juke Joints at night for the local plantation workers, its said he left home frustrated at his inability to play, having been influenced by the like of Charlie Patton and Son House, but on his return to the Mississippi Delta he could play with a ferocious ability having made his pact with the devil at the crossroads, trading his soul for his abilities.. 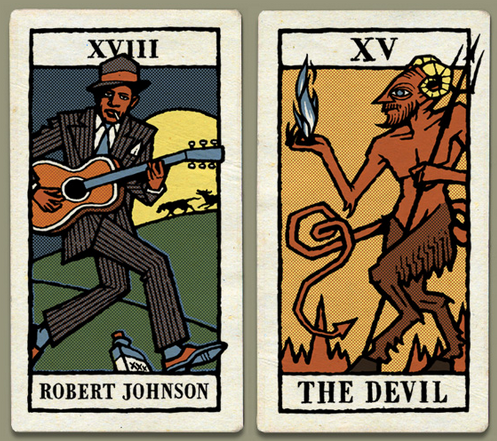 The music he recorded in Texas in 1936-37 was laced with references to the devil, songs such as “Me and the Devil Blues” and “HellHound on My Trail” are said to be proof of the pact made by Johnson, and the shadow that followed him, indeed he died a young man of 27 after allegedly being poisoned for sleeping with a white mans wife, whatever the facts, they will probably never be known, though the legend of Johnson selling his soul to the devil could arguably be the corner stone of the rock n roll revolution that started in the 50’s when Elvis took the blues to a white audience, which then became the British invasion of the 60’s. When the white skinny Englishmen gave the blues back to America.

If you have never listened to Johnson, his style of play is so intricate with the thumb playing out the bass lines, and the fingers picking out the melodies, it sounds like there are multiple guitars playing , and certainly not easy to replicate.

Have a click on the link above and have a listen to the master.

“Me and the Devil were walking side by side” Robert Johnson 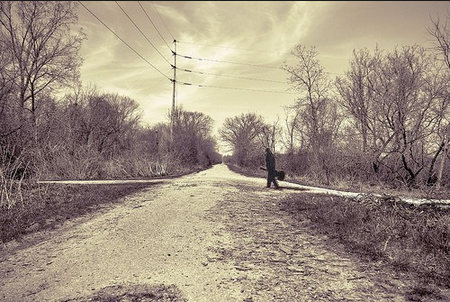